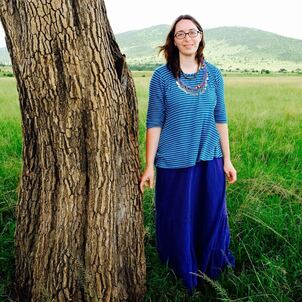 Deciduous leaves in a temperate climate live a lifespan in a single year. They never know a birthing day the way we do. Theirs is phoenix-like, sprouting in wasabi greens where mamas and grandmas and great aunts used to settle in the sweet breeze. Meanwhile, last year's remnants of coppery hues have fallen afield. I see them in the cow pasture, where my sons and I walk.

On cold pre-spring days, when ice fringes everything, we see the leaves scattered like pages from a well-loved book. What stories might they tell, if we could read the creases and frays? Near the forest's edge, piles of firewood wait for stacking in the shed. An array of leaves sprawls across the bark's jagged remains. In some areas, wormholes dot the wood grain or seed pods from dried flowers. Like stars unequally distanced and woven into constellations, these features form a map we read from our own perspectives. How is my view similar to yours? Or different? 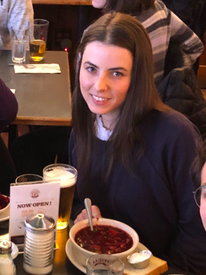 On any reality TV show that’s run for long enough with the same cast, the drama turns at some point into meta-drama. It begins, such as with The Real Housewives and The Hills, to revolve around the filming of the series itself.

On a blog—or, more realistically, social media feed—that becomes a runaway success, the “content creator” begins to document the travails and pressures of the content creation itself.

Likewise, the subject of an autofiction book turns eventually to the writing of the book itself, to its publication, and the effects of the publication on its “characters.” My Struggle being probably the most obvious example. In Book 6, Karl Ove Knausgaard writes about his reaction to the reactions of his family to being represented in his sensationally popular multivolume novel, and about continuing to write the series as he deals with the personal fallout.

I tend to think that a great deal can be excused in the name of art. Doesn’t its creation usually require a certain degree of ruthlessness? Certainly, that’s what Fiona believes.

But what if the end result is not so much fine art as content, which is now being shaped by its interactions with the world? Questions like these, which led to the writing of this story, make me wonder about the nature of “reality” itself.

Elizabeth Ponds
"The Economics of Breaking" 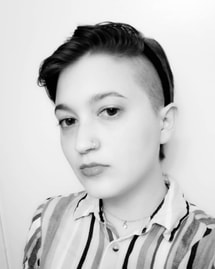 In “The Economics of Breaking,” I explore my experience of intimate partner violence in the context of a violent capitalistic world. It carries a matter-of-fact tone that stabs distance between the narrator and her past volatile self, which is a protective mechanism many survivors utilize to heal. Those who share this experience are often caught in cycles of generational poverty, don’t know what it’s like to exist outside of trauma, are isolated from their community of origin, are disenfranchised due to their intersectional identities, or struggle to get through work days because of an invisible mental illness (especially depression, anxiety, and PTSD). Our bodies, minds, and selves are breaking down through physical and emotional labor that never offers us a return on investment. Corporations use us to make a profit until they’ve broken us into pieces too small to be of any use to them anymore. Abusers do the same.

The resume-like structure of this story emphasizes how we have to be put together and “be okay” at all times as the working class. We know that otherwise, we will have to prepare for our imminent deaths.
​
Any vulnerable person in this capitalist society has been forced to see life through a harsh transactional lens as a survival tactic. We want healthcare and love and affordable housing, and they want us to work and die. But we are stronger and smarter and more numerous than the ones who have used and abused us. We think and we learn. We cut off our abusers. We eat the rich. Then we create art and write some stories in our spare time. This story was written in my spare time. Art is a revolt against Keynesian economics and forever offers a return on investment. 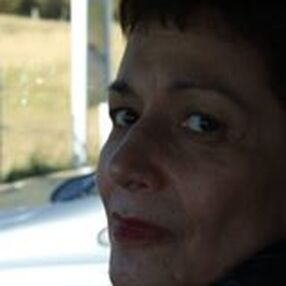 Since the pandemic started, I’ve been cutting my own hair, but before then I dropped in on random beauty parlors that offered walk-ins. These haircuts were okay, but I wondered what would happen if a woman was smitten with a certain style and then informed by the hairdresser that she only saw customers once. The story generated itself from there. After submitting it to Glassworks, I also learned the value of good editing. Managing Editor Jade Jones offered suggestions that helped me bring my fable to more vivid life. 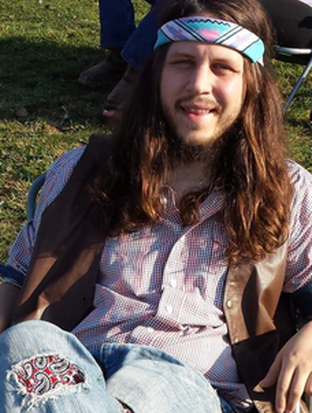 My first poem in the issue began with the line “serial killers don’t hitchhike in the rain.” When I was a freshman in college, I successfully hitched a ride with a guy who opened our conversation with that line. I had just gotten out of a Lucinda Willams show at a club in Northampton, Ma and I was wearing this really nice leather jacket I’d picked up at a thrift store a few weeks prior. I was standing at the bus stop and it started to rain. I put my thumb out and minutes later headlights pulled up. It turns out the guy was a drop-out from UMass (something I was about six-months from becoming myself) and gave me a ride back to campus.

When I was a teenager, a lot of us picked up hitchhikers without thinking much of it. They were mostly migrant workers trying to get back into town. Later, in the jam band scene or even just when National Park hoping, I did a ton of ride sharing and carpooling. I always had this trust before suspicion mindset. I’ve gotten burned a few times but in turn I don’t have to live my life wondering if every person I meet has ulterior motives. I recognize there’s a lot of privilege behind this mindset which is probably why the idea of hitchhiking scares my wife (she’s wonderful but is no Sissy Hankshaw). The poem came into itself after I picked up a homeless man on my lunchbreak who had gotten caught in a down poor and had a great conversation with him but felt like I couldn’t tell anyone. I scribbled some reflections on a scrap of paper and the poem led me into confronting some of my own dissonance.

The second poem came out of an idea to do a series of poems based on the 12 Freudian Defense Mechanisms but this is the only one I ended up writing. There’s something about rustling up a large group of birds. Dogs love it. Kids love it. My sister even has admitted to chasing a few down in her car for stress release. I started thinking about why seagulls hang out in parking lots when the shore (their french-fry stealing playground) is an hour away. I started playing around with the character of a working class mom displacing her frustration on these birds who choose to hang out in her hometown when they have the ability to fly.